My Little Pony G3 Wiki
Register
Don't have an account?
Sign In
Advertisement
in: Ponies, Breezies, Species,
and 3 more

Breezies are a subspecies of the girly girl ponies in the G3 franchise. They live outside of Ponyville in a town called Breezie Blossom in small houses. Breezies are small bug-like ponies that tend to travel in groups. They are half-bug and half-pony. They have the varying colors, same body shapes and the cutie marks of ponies, but the antennae, wings and size of bugs. They're generally very energetic and very curious.

Zipzee is the Breezie with the most toys released. Zipzee, Tra-La-La and Tiddly Wink are the main three Breezies of the group, and they have more prominent roles in the animated movies than the others.

They first appear in "The Runaway Rainbow" but don't have much of a role until "The Princess Promenade", where they agree to help with the parade.

Breezies either came as bonuses with regular ponies or as multipacks as part of the Breezies parade. These multipacks included three Breezies and three cars, that could be connected together with other cars from other sets. 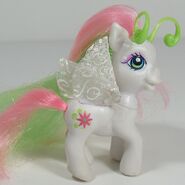 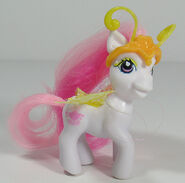 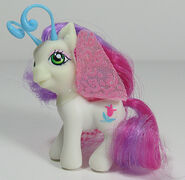 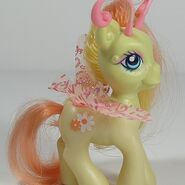 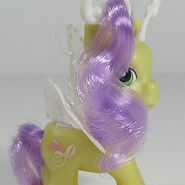 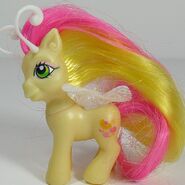 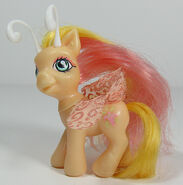 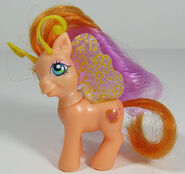 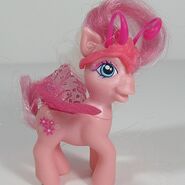 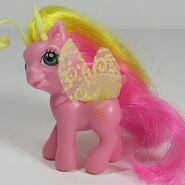 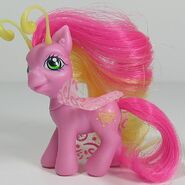 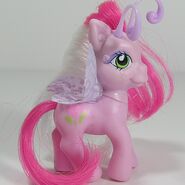 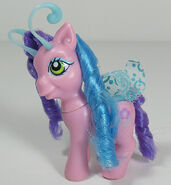 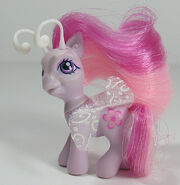 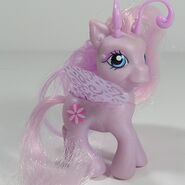 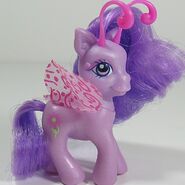 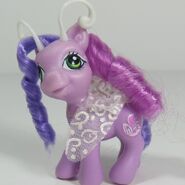 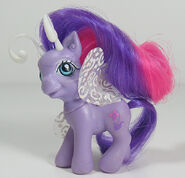 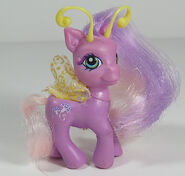 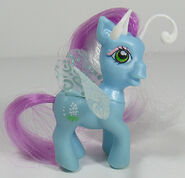 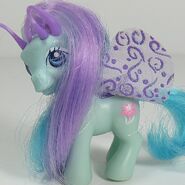 A set of three Breezies sealed in its packaging. 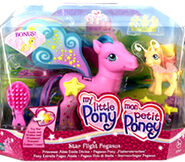 A bonus Breezie packaged with Star Flight in an international release.
Community content is available under CC-BY-SA unless otherwise noted.
Advertisement